The Great Devaluation: How to Embrace, Prepare, and Profit from the Coming Global Monetary Reset

What seems crazy in normal times becomes necessary in a crisis

In 2008, the world economy suffered through the Housing Crisis which wiped out nearly $10 trillion in global asset value. In response, the Federal Reserve created Quantitative Easing, and added $3.5 trillion to their balance sheet over the next seven years. In March of 2020, we had a crisis and the Federal Reserve added another $3.5 trillion to their balance sheet, only this time they did it in a matter of seven weeks!

Former Hollywood storyteller Adam Baratta brings monetary policy to life in this follow up to his national bestseller, Gold Is A Better Way. You’ll learn how and why Federal Reserve policies have facilitated an explosion in government debt and have systematically undermined the world financial system in the name of profit. The result? An out of control system where financial inequality has become a ticking time bomb set to explode the global economy. 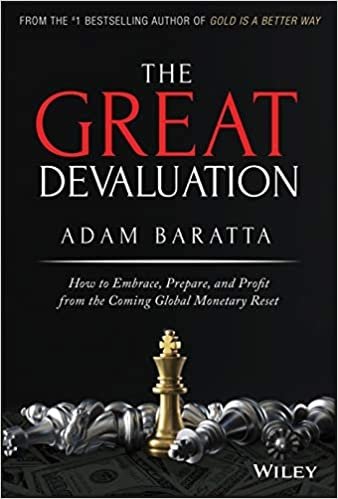