A Guide to Philosophy in Six Hours and Fifteen Minutes

Witold Gombrowicz (1904-1969), novelist, essayist, and playwright, was one of the most important Polish writers of the twentieth century. A candidate for the Nobel Prize in Literature in 1968, he was described by Milan Kundera as “one of the great novelists of our century” and by John Updike as “one of the profoundest of the late moderns.”
Gombrowicz’s works were considered scandalous and subversive by the ruling powers in Poland and were banned for nearly forty years. He spent his last years in France teaching philosophy; this book is a series of reflections based on his lectures.
Gombrowicz discusses Kant, Hegel, Schopenhauer, Kierkegaard, Sartre, and Heidegger in six “one-hour” essays and addresses Marxism in a shorter “fifteen-minute” piece. The text—a small literary gem full of sardonic wit, brilliant insights, and provocative criticism—constructs the philosophical lineage of his work. 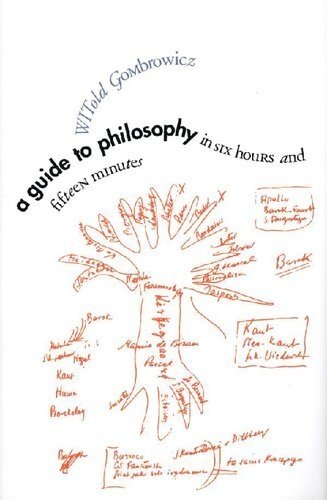