Gandhi, a devout Hindu, believed faith could nurture the civilizational harmony of India, a land where every religion had flourished. Jinnah, a political Muslim rather than a practicing believer, was determined to carve up a syncretic subcontinent in the name of Islam. His confidence came from a wartime deal with Britain, embodied in the ‘August Offer’ of 1940. Gandhi’s strength lay in ideological commitment which was, in the end, ravaged by the communal violence that engineered partition. The price of this epic confrontation, paid by the people, has stretched into generations.
M.J. Akbar’s book, meticulously researched from original sources, reveals the astonishing blunders, lapses and conscious chicanery that permeated the politics of seven explosive years between 1940 and 1947. Facts from the archives challenge the conventional narrative, and disturb the conspiratorial silence used to protect the image of famous icons. Gandhi’s Hinduism: The Struggle Against Jinnah’s Islam delves into both the ideology and the personality of those who shaped the fate of a region between Iran and Burma. It is essential reading for anyone interested in modern Indian history, and the past as a prelude to the future. 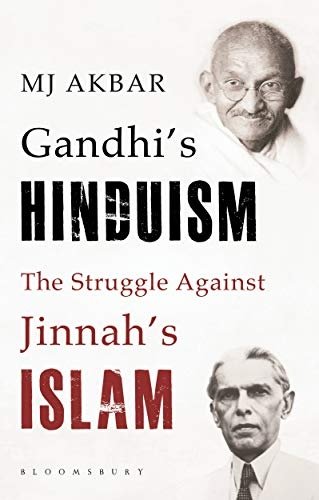