The World Odyssey of a Balinese Prince – Idanna Pucci

The World Odyssey of a Balinese Prince

The true story of a prince from Bali, whose fascinating life was shaped by uncommon events and exotic places.

Born in 1919, Prince Made Djelantik witnessed pivotal moments of history: the twilight of a feudal age, the Second World War in Nazi-occupied Holland, Indonesia’s long battle for independence from four hundred years of Dutch colonial rule, and finally, the great changes provoked on his island by unbridled development.

Driven by an early passion for medicine, the prince set sail for Europe on the eve of WWII to study at the University of Amsterdam. His calling then took him to far-flung corners of the planet, where he encountered everything from a pirate ambush in the South China Sea and a night attack by a famished army of rats, to a deadly volcanic eruption and his arrest by Saddam Hussein’s secret police. When he returned to Bali in the mid-1970s, his public identity as a doctor took precedence over his royal lineage and he was known simply as “Dr. Djelantik” on the island. The doctor implemented the successful campaign which finally eradicated malaria from Bali and established the island’s first hospital.

Author Idanna Pucci’s evocative narrative of this unusual life is told in short story form, making The World Odyssey of a Balinese Prince an easy read for anyone who finds themselves dreaming of distant places. More than 40 of Dr. Djelantik’s own watercolors—done when he was in his 80s—help to illustrate his adventures in vivid detail. 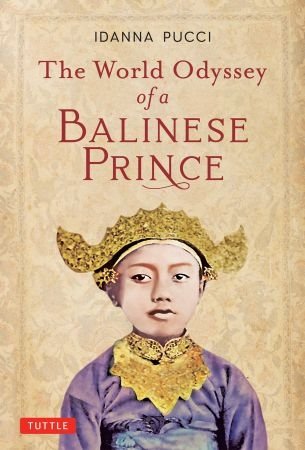 The World Odyssey of a Balinese Prince - Idanna Pucci.epub
41.41 MB