Religions of the World

Religions of the World: A Comprehensive Encyclopedia of Beliefs and Practices

Religions of the World, Second Edition: A Comprehensive Encyclopedia of Beliefs and Practices is an extraordinary work, bringing together the scholarship of some 225 experts from around the globe. The encyclopedia’s six volumes offer entries on every country of the world, with particular emphasis on the larger nations, as well as Indonesia and the Latin American countries that are traditionally given little attention in English-language reference works. Entries include profiles on religion in the world’s smallest countries (the Vatican and San Marino), profiles on religion in recently established or disputed countries (Kosovo and Nagorno-Karabakh), as well as profiles on religion in some of the world’s most remote places (Antarctica and Easter Island).

Religions of the World is unique in that it is based in religion “on the ground,” tracing the development of each of the 16 major world religious traditions through its institutional expressions in the modern world, its major geographical sites, and its major celebrations. Unlike other works, the encyclopedia also covers the world of religious unbelief as expressed in atheism, humanism, and other traditions.

• Coverage of the religions of more than 240 countries, including all of the larger religious communities, denominations, and sects

• Detailed statistical information on the major religious communities in each country

• Biographies of the 100 most influential religious leaders in history

• More than 150 photographs, plus maps and illustrations for each nation

• A bibliography for each entry 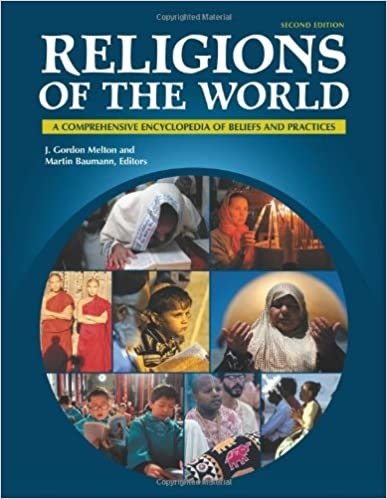 Religions of the World.pdf
58.72 MB
More magazines
on the
MAGAZINELIB.COM