How Everything Can Collapse

How Everything Can Collapse: A Manual for our Times

What if our civilization were to collapse? Not many centuries into the future, but in our own lifetimes? Most people recognize that we face huge challenges today, from climate change and its potentially catastrophic consequences to a plethora of socio-political problems, but we find it hard to face up to the very real possibility that these crises could produce a collapse of our entire civilization. Yet we now have a great deal of evidence to suggest that we are up against growing systemic instabilities that pose a serious threat to the capacity of human populations to maintain themselves in a sustainable environment.

In this important book, Pablo Servigne and Raphaël Stevens confront these issues head-on. They examine the scientific evidence and show how its findings, often presented in a detached and abstract way, are connected to people’s ordinary experiences – joining the dots, as it were, between the Anthropocene and our everyday lives. In so doing they provide a valuable guide that will help everyone make sense of the new and potentially catastrophic situation in which we now find ourselves. Today, utopia has changed sides: it is the utopians who believe that everything can continue as before, while realists put their energy into making a transition and building local resilience. Collapse is the horizon of our generation. But collapse is not the end – it’s the beginning of our future. We will reinvent new ways of living in the world and being attentive to ourselves, to other human beings and to all our fellow creatures. 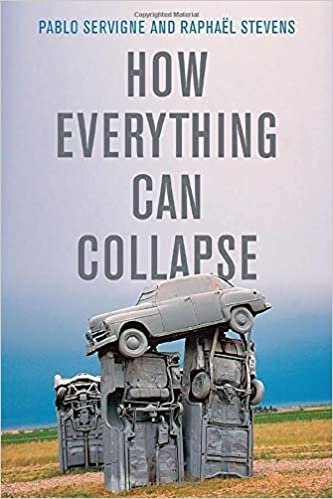 How Everything Can Collapse.epub
686.79 KB
More magazines
on the
MAGAZINELIB.COM