“The accession of Kashmir to the Indian Union in 1947 had raised objections both in Kashmir and India, echoes of which continue to be heard even today. At the time, Sheikh Abdullah was the uncrowned king of Kashmir; today, his grave is under security lest it be vandalized. What accounts for this change in attitude? A Desolation Called Peace provides important insights to understand the political aspirations of the people of Kashmir and the change in their perceptions since Independence. Written and edited by Kashmiri authors, this collection of ethnographic essays explores the desire for azadi as a historical and indigenous demand. While the accounts traverse the period from before 1947 to the momentous time of 1989 when militancy began, the essays illustrate how postcolonial politics has impinged on Kashmiri lives and aspirations, thus paving the way for the intractable dispute of today. This anthology of deeply felt essays will enable an understanding of Kashmir beyond the hackneyed tropes that portray the issue reductively as a proxy war, terrorism or a simple law and order situation. “ 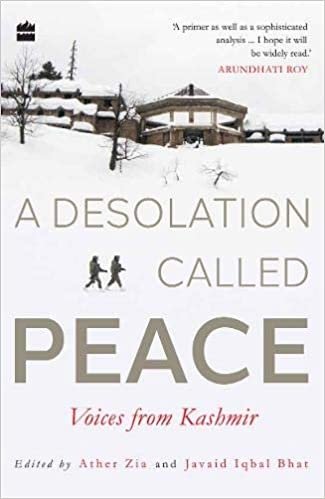