Winston’s War: A Novel of Conspiracy

At the beginning of WWII, Neville Chamberlain believes he has bought “peace for our time” from Adolph Hitler, who has just seized Czechoslovakia’s Sudetenland. The English are alarmed by the huge German army, while the soldiers that would defend London don’t even have steel helmets. For many, compromise and appeasement seem to be England’s best defense.
But there are a few leaders who don’t agree. Among them is Winston Churchill, who understands that the relentless march of fascism will be democracy’s death knell. In October 1938, Churchill pleads his case in the press to the BBC’s Guy Burgess. One of these two will become the most revered man of his time, and the other will be known as the greatest of traitors. 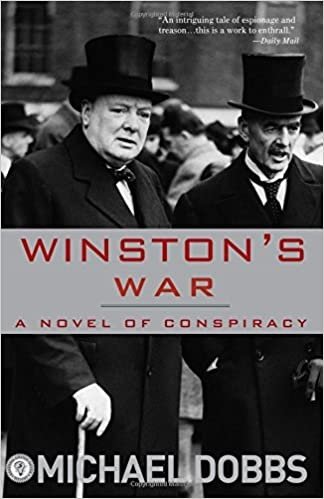