he Second World War saw an unprecedented expansion of suffering beyond the frontlines. Of the 1,355,000 tons of bombs dropped on Germany, for instance, most fell on non-military targets, and of the 55 million people killed worldwide, two-thirds were civilians. In The Second World War: A People’s History, Joanna Bourke uncovers the grim stories of death and destruction lost behind those statistics.
Using diary entries, oral histories, poetry and letters home, Bourke allows the people that lived and died in the global bloodletting to tell their own stories. Soldiers who fought for all sides and in all of the major theatres tell of the fear and horror of combat. Partisan fighters recount the daring risks they took and the torments of captivity. Civilians describe the anxiety of approaching war, their struggle for survival, and their despair and helplessness as the war consumed their world. Bourke chillingly demonstrates that all of this sorrow and woe was the direct result of political and military decisions on both sides. A brief, objective synopsis of each campaign in the war clarifies the link between strategic, military decisions and the massacre and inhumane treatment of non-combatants–events now known only by names like Nanking, Sobibor, Dresden, and Nagasaki–that was all too common in this brutal war.
This short, engaging history is a poignant testimony to the memory of the innocents lost and a stark reminder that their demise was not inevitable–indeed it was often strategically planned and methodically executed. 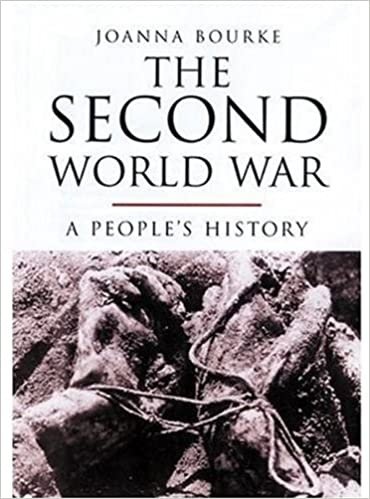