The Pursuit of Unhappiness: The Elusive Psychology of Well-Being

The pursuit of happiness is a defining theme of the modern era. But what if people aren’t very good at it? That is the question posed by this book, the first comprehensive philosophical treatment of happiness, understood here as a psychological phenomenon. Engaging heavily with the scientific literature, Dan Haybron argues that people probably know less about their own welfare, and may be less effective at securing it, than common belief has it. This is largely because human nature is surprisingly ill-suited to the pursuit of happiness. For the happiness that counts for well-being is not a matter of what we think about our lives, but of the quality of our emotional conditions. Yet our emotional lives are remarkably difficult to grasp. Moreover, we make a variety of systematic errors in the pursuit of happiness. These considerations suggest that we should rethink traditional assumptions about the good life and the good society. For instance, the pursuit of happiness may be primarily a matter of social context rather than personal choice.

This book offers an extensive guide to philosophical thinking about happiness and well-being, correcting serious misconceptions that have beset the literature. It will be a definitive resource for philosophers, social scientists, policymakers, and other students of well-being. 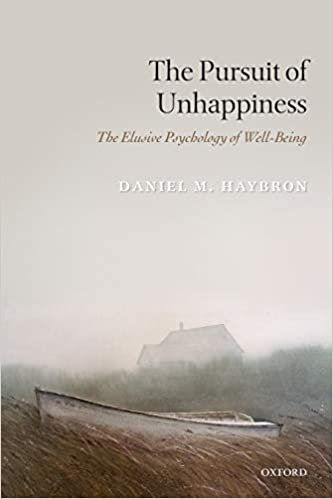