The Borders of Inequality Where Wealth and Poverty Collide

The Borders of Inequality: Where Wealth and Poverty Collide

Recently U.S. media, policymakers, and commentators of all stripes have been preoccupied with the nation’s border with Mexico. Airwaves, websites, and blogs are filled with concerns over border issues: illegal immigrants, drug wars, narcotics trafficking, and “securing the border”. While this is a valid conversation, it’s rarely contrasted with the other U.S. border, with Canada— still the longest unguarded border on Earth.

In this fascinating book, originally published in Spain to much acclaim, researcher Íñigo Moré looks at the bigger picture. With a professionally trained eye, he examines the world’s “top twenty most unequal borders”. What he finds is that many of these border situations share similar characteristics. There is always illegal immigration from the poor country to the wealthy one. There is always trafficking in illegal substances. And the unequal neighbors usually regard each other with suspicion or even open hostility.

After surveying the “top twenty”, Moré explores in depth the cases of three borders: between Germany and Poland, Spain and Morocco, and the United States and Mexico. The core problem, he concludes, is not drugs or immigration or self-protection. Rather, the problem is inequality itself. Unequal borders result, he writes, from a skewed interaction among markets, people, and states. Using these findings, Moré builds a useful new framework for analyzing border dynamics from a quantitative view based on economic inequality.

The Borders of Inequality illustrates how longstanding “multidirectional misunderstandings” can exacerbate cross-border problems—and consequent public opinion. Perpetuating these misunderstandings can inflame and complicate the situation, but purposeful efforts to reduce inequality can produce promising results. 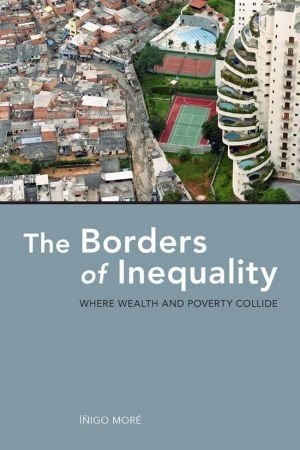 The Borders of Inequality Where Wealth and Poverty Collide.pdf
3.36 MB