Quantum Physics (Knowledge in a Nutshell)

Quantum theory is at the heart of modern physics, but how does it actually work?

NASA scientist and communicator Sten Odenwald demystifies the subject and makes this crucial topic accessible to everyone. Featuring topics such as Schrodinger’s cat, the wave-particle duality and the newly emerging theories of quantum gravity, as well as the personalities behind the science, such as Max Planck, Neils Bohr, Werner Heisenberg, Richard Feynman and many more, Knowledge in a Nutshell: Quantum Physics provides an essential introduction to cutting edge science.

Presented in an easy-to-understand format, with diagrams, illustrations and simple summary sections at the end of each chapter, this new addition to the ‘Knowledge in a Nutshell’ series brings clarity to some of the great mysteries of physics.

ABOUT THE SERIES: The ‘Knowledge in a Nutshell’ series by Arcturus Publishing provides engaging introductions to many fields of knowledge, including philosophy, psychology and physics, and the ways in which human kind has sought to make sense of our world. 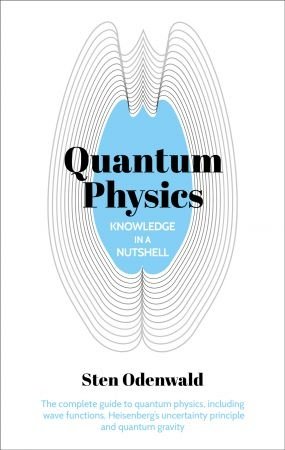