Russian Hajj. Empire and the Pilgrimage to Mecca – Eileen Kane

In the late nineteenth century, as a consequence of imperial conquest and a mobility revolution, Russia became a crossroads of the hajj, the annual Muslim pilgrimage to Mecca. The first book in any language on the hajj under tsarist and Soviet rule, Russian Hajj tells the story of how tsarist officials struggled to control and co-opt Russia’s mass hajj traffic, seeing it not only as a liability, but also an opportunity. To support the hajj as a matter of state surveillance and control was controversial, given the preeminent position of the Orthodox Church. But nor could the hajj be ignored, or banned, due to Russia’s policy of toleration of Islam. As a cross-border, migratory phenomenon, the hajj stoked officials’ fears of infectious disease, Islamic revolt, and interethnic conflict, but Kane innovatively argues that it also generated new thinking within the government about the utility of the empire’s Muslims and their global networks.

Russian Hajj reveals for the first time Russia’s sprawling international hajj infrastructure, complete with lodging houses, consulates, “Hejaz steamships,” and direct rail service. In a story meticulously reconstructed from scattered fragments, ranging from archival documents and hajj memoirs to Turkic-language newspapers, Kane argues that Russia built its hajj infrastructure not simply to control and limit the pilgrimage, as previous scholars have argued, but to channel it to benefit the state and empire. Russian patronage of the hajj was also about capitalizing on human mobility to capture new revenues for the state and its transport companies and laying claim to Islamic networks to justify Russian expansion.

“Russian Hajj uncovers a fascinating world of highly mobile Muslim pilgrims traversing Eurasia and the Middle East with the aid of a Russian state keen to exploit Muslim networks to project imperial power. Elegantly written and grounded in a close reading of a vast trove of archival sources scattered across several countries, it offers an eye-opening account of Russia as a global empire and Muslim power. Eileen Kane makes a compelling case for rethinking Russian history as global history and for reimagining the empire and its management of human mobility.” — Robert Crews, Stanford University

“Fascinating details of the organizational efforts behind Russia’s sponsorship of the hajj (the establishment of medical facilities along the way and outfitting ships with special rooms for ablutions as well as halal food, for example) are examined in this concise and informative volume on an often-overlooked chapter in Russian history.” — Tom Verde, AramcoWorld 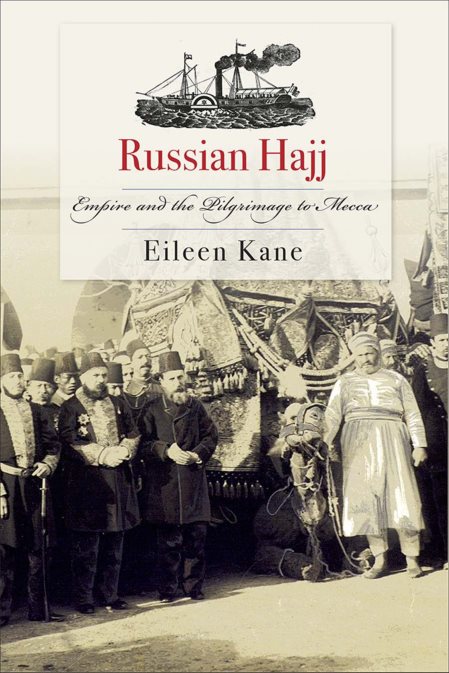