Past Crimes. Archaeological and Historical Evidence for Ancient Misdeeds

Today, police forces all over the world use archaeological techniques to help them solve crimes – and archaeologists are using the same methods to identify and investigate crimes in the past.

This book introduces some of those techniques, and explains how they have been used not only to solve modern crimes, but also to investigate past wrongdoing. Archaeological and historical evidence of crimes from mankind’s earliest days is presented, as well as evidence of how criminals were judged and punished.

Each society has had a different approach to law and order, and these approaches are discussed here with examples ranging from Ancient Egypt to Victorian England – police forces, courts, prisons and executions have all left their traces in the physical and written records. The development of forensic approaches to crime is also discussed as ways to collect and analyze evidence were invented by pioneer criminologists.

From the murder of a Neanderthal man to bank fraud in the 19th century, via ancient laws about religion and morality and the changes in social conditions and attitudes, a wide range of cases are included – some terrible crimes, some amusing anecdotes and some forms of ancient lawbreaking that remain very familiar. 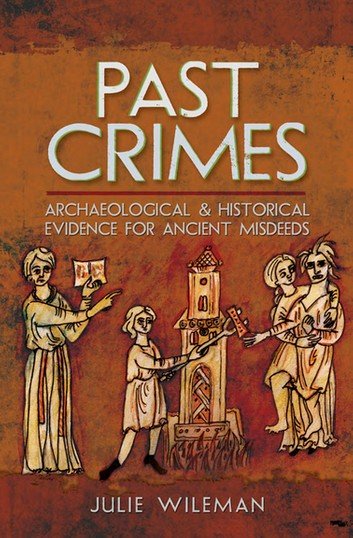 Past Crimes. Archaeological and Historical Evidence for Ancient Misdeeds.epub
17.54 MB

Past Crimes. Archaeological and Historical Evidence for Ancient Misdeeds.epub
17.54 MB