Eden in the East. The Drowned Continent of Southeast Asia

This book completetly changes the established and conventional view of prehistory by relocating the Lost Eden—the world’s first civilisation—to Southeast Asia. At the end of the Ice Age, Southeast Asia formed a continent twice the size of India, which included Indochina, Malaysia, Indonesia, and Borneo. In Eden in the East, Stephen Oppenheimer puts forward the astonishing argument that here in southeast Asia—rather than in Mesopotamia where it is usually placed—was the lost civilization that fertilized the Great cultures of the Middle East 6,000 years ago. He produces evidence from ethnography, archaeology, oceanography, creation stories, myths, linguistics, and DNA analysis to argue that this founding civilization was destroyed by a catastrophic flood, caused by a rapid rise in the sea level at the end of the last ice age.

In a brilliant synthesis of genetic, archaeological, linguistic and climatic data, Oppenheimer challenges current thinking with his claim that there was only one successful migration out of Africa. In 1988 Newsweek headlined the startling discovery that everyone alive on the earth today can trace their maternal DNA back to one woman who lived in Africa 150,000 years ago. It was thought that modern humans populated the world through a series of migratory waves from their African homeland.

Now an even more radical view has emerged, that the members of just one group are the ancestors of all non-Africans now alive, and that this group crossed the mouth of the Red Sea a mere 85,000 years ago. It means that not only is every person on the planet descended from one African ‘Eve’ but every non-African is related to a more recent Eve, from that original migratory group.

This is a revolutionary new theory about our origins that is both scholarly and entertaining, a remarkable account of the kinship of all humans.

3) The Origins of the British: The New Prehistory of Britain: A Genetic Detective Story – Stephen Oppenheimer
Robinson | 2007 | EPUB

Stephen Oppenheimer’s extraordinary scientific detective story combining genetics, linguistics, archaeology and historical record shatters the myths we have come to live by. It demonstrates that the Anglo-Saxon invasions contributed just a tiny fraction (5%) to the English gene pool.

Two thirds of the English people reveal an unbroken line of genetic descent from south-western Europeans arriving long before the first farmers. The bulk of the remaining third arrived between 7,000 and 3,000 years ago as part of long-term north-west European trade and immigration, especially from Scandinavia – and may have brought with them the earliest forms of English language.

As for the Celts – the Irish, Scots and Welsh – history has traditionally placed their origins in Iron Age Central Europe. Oppenheimer’s genetic synthesis shows them to have arrived via the Atlantic coastal route from Ice Age refuges including the Basque country; with the modern languages we call Celtic arriving later.

There is indeed a deep divide between the English and the rest of the British. But as this book reveals the division is many thousands of years older than previously thought. 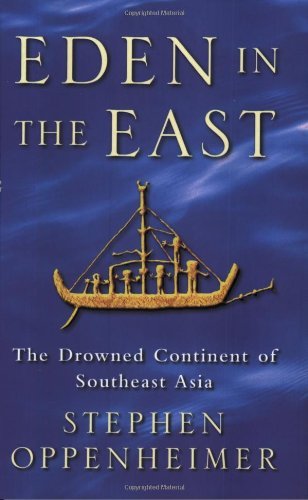 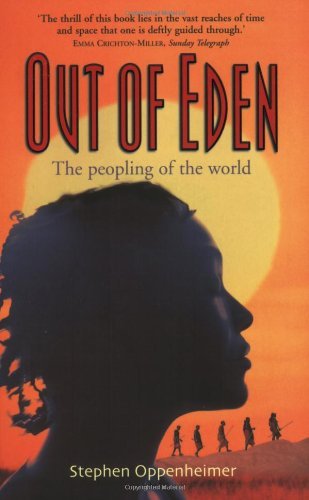 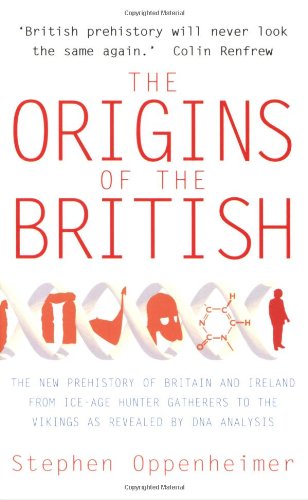