It has been said that no man ever held as much power in Russia under the dynasty of the Romanovs as did Count Alexei Andreevich Arakcheev during the reign of the Emperor Alexander I in the first quarter of the nineteenth century. Foreigners saw him as the Grand Vizier of the Empire, and in the eyes of the Russians he reached the status of a Vice-Emperor, if not higher. For everyone, he was the very symbol of autocracy.

Arakcheev became a legend in Russia in his own lifetime. There were qualities in his character which both fascinated and repelled his contemporaries, many of whom vied with each other in relating often quite apocryphal stories about his harshness and brutality. The judgements of those who had direct dealings with him were frequently no less extreme. “He was a man,” wrote one of his adjutants, “who in my eyes so blotted the name of citizen, father, brother, and friend, that he was unworthier than the most unworthy, about whom we are taught by history he has never read.” A priest who served for a time in the church on Arakcheev’s estate at Gruzino remarked that “his name should be written not in ink but in blood.” In some peasant communities it was said that he was a cannibal. The verdict of historians has been no kinder to him. “At the very mention of his name thousands of our ancestors trembled and crossed themselves in terror,” observed the Russian historian Kizevetter at the end of the last century, while Professor A. G. Mazour … writes that “in the history of the nineteenth century the name of Arakcheev stands as a symbol of the darkest reaction and the cruellest oppression… Tactless, bigoted and unsympathetic with suffering, he was hated by more people than was any other statesman of his time.”

Coming after the capricious tyranny of Paul I, under the influence of the ideas of both the enlightenment and romanticism, the reign of Alexander I (1801-1825) was a critical period during which the principles and practice of the imperial government were subjected to examination, evaluation, and discussion. As a result of the critique, new ideas and approaches were advanced and plans of reform suggested. Emperor Alexander I himself seemed to lead the way as he searched for new principles on which to found his absolute rule, and to this end he sought out young, energetic, and talented advisors and assistants. Among these, the most outstanding proved to be the son of a village priest, Michael M. Speransky. Rising to positions of great trust and influence, Speransky left a profound mark on the attitudes and practices of the imperial administration and helped to create the framework within which the social, economic, and administrative changes of the 1860s were to take place.

The present volume aims at giving as comprehensive an account as possible of the administrative and political activities, ideas, and plans of Speransky, and also hopes to interpret and assess their significance for the political evolution of Imperial Russia. As there is but scant knowledge of the workings of the Russian imperial administration, the account of Speransky’s career and work will be accompanied by a description of the institutional and social setting. At one time or another Speransky was involved in almost every aspect of Russian administration and to each he brought fresh ideas, rational organization, and new goals. The legacy he left was great and important, less perhaps in terms of practical accomplishments as in terms of mental attitudes and methods. He helped to identify and analyse the most essential social, economic, and political problems that beset Russia and in so doing he prepared the way for their solution by “bureaucratic” means, within the framework of the autocracy. In this sense, he is one of the major figures in the domestic history of 19th century Russia.

In view of the significance of his ideas and career, it is surprising that Speransky has been a relatively neglected (and therefore often misunderstood) figure in Russian historiography. True enough, his name is always mentioned in the histories of the period, even the most general ones. But he is described only as the author of an allegedly liberal constitutional plan and as the codifier of Russian law. While the latter achievement is treated as the special concern of legal scholars, the former is pronounced an unfortunate failure, illustrating once more the basic inability of the autocracy to reform itself. But the bulk of Speransky’s work and thought remains unknown to the general historian. By undertaking a full scale biography, the present writer hopes to give a fuller and more balanced picture, both of Speransky and of the imperial administration. 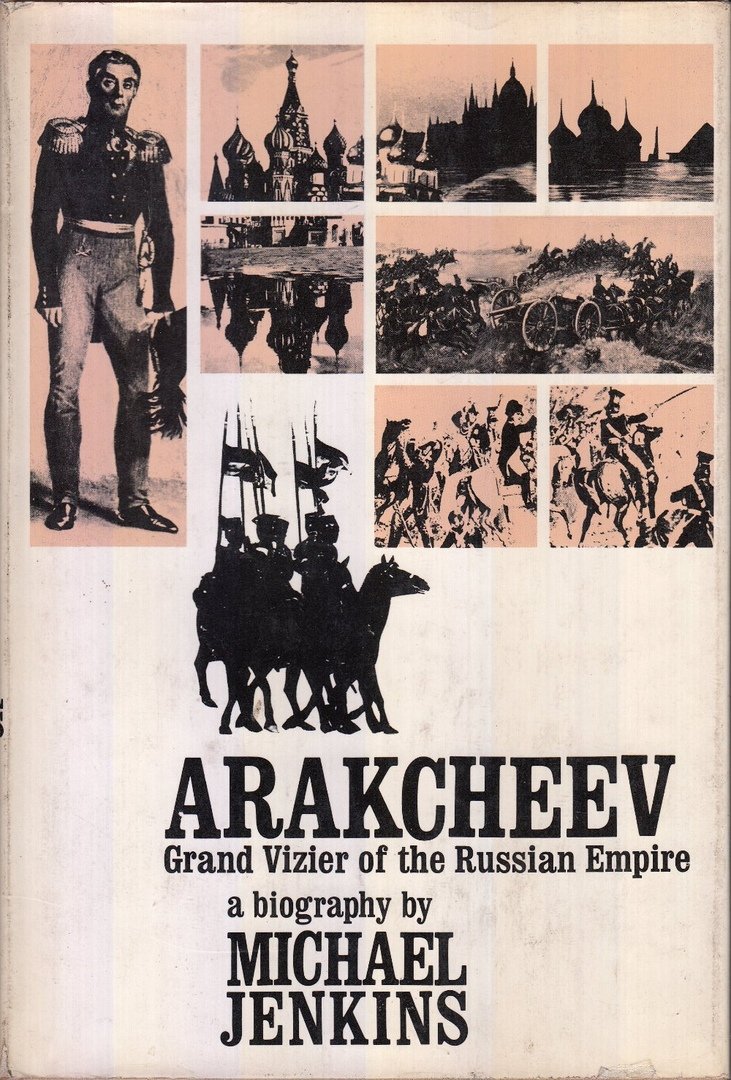 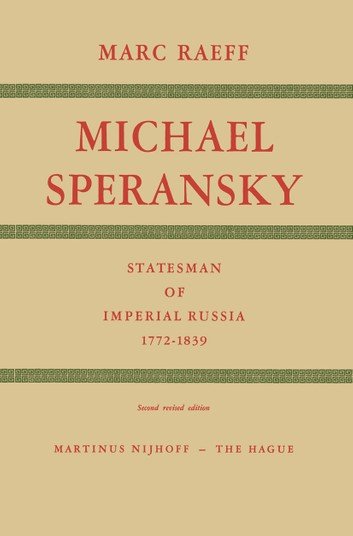