The Invention of Enterprise. Entrepreneurship from Ancient Mesopotamia to Modern Times

Whether hailed as heroes or cast as threats to social order, entrepreneurs — and their innovations — have had an enormous influence on the growth and prosperity of nations. The Invention of Enterprise gathers together, for the first time, leading economic historians to explore the entrepreneur’s role in society from antiquity to the present. Addressing social and institutional influences from a historical context, each chapter examines entrepreneurship during a particular period and in an important geographic location.

The book chronicles the sweeping history of enterprise in Mesopotamia and Neo-Babylon; carries the reader through the Islamic Middle East; offers insights into the entrepreneurial history of China, Japan, and Colonial India; and describes the crucial role of the entrepreneur in innovative activity in Europe and the United States, from the medieval period to today. In considering the critical contributions of entrepreneurship, the authors discuss why entrepreneurial activities are not always productive and may even sabotage prosperity. They examine the institutions and restrictions that have enabled or impeded innovation, and the incentives for the adoption and dissemination of inventions. They also describe the wide variations in global entrepreneurial activity during different historical periods and the similarities in development, as well as entrepreneurship’s role in economic growth. The book is filled with past examples and events that provide lessons for promoting and successfully pursuing contemporary entrepreneurship as a means of contributing to the welfare of society.

During the late eighteenth century, innovations in Europe triggered the Industrial Revolution and the sustained economic progress that spread across the globe. While much has been made of the details of the Industrial Revolution, what remains a mystery is why it took place at all. Why did this revolution begin in the West and not elsewhere, and why did it continue, leading to today’s unprecedented prosperity? In this groundbreaking book, celebrated economic historian Joel Mokyr argues that a culture of growth specific to early modern Europe and the European Enlightenment laid the foundations for the scientific advances and pioneering inventions that would instigate explosive technological and economic development. Bringing together economics, the history of science and technology, and models of cultural evolution, Mokyr demonstrates that culture—the beliefs, values, and preferences in society that are capable of changing behavior—was a deciding factor in societal transformations.

Mokyr looks at the period 1500–1700 to show that a politically fragmented Europe fostered a competitive “market for ideas” and a willingness to investigate the secrets of nature. At the same time, a transnational community of brilliant thinkers known as the “Republic of Letters” freely circulated and distributed ideas and writings. This political fragmentation and the supportive intellectual environment explain how the Industrial Revolution happened in Europe but not China, despite similar levels of technology and intellectual activity. In Europe, heterodox and creative thinkers could find sanctuary in other countries and spread their thinking across borders. In contrast, China’s version of the Enlightenment remained controlled by the ruling elite.

Combining ideas from economics and cultural evolution, A Culture of Growth provides startling reasons for why the foundations of our modern economy were laid in the mere two centuries between Columbus and Newton. 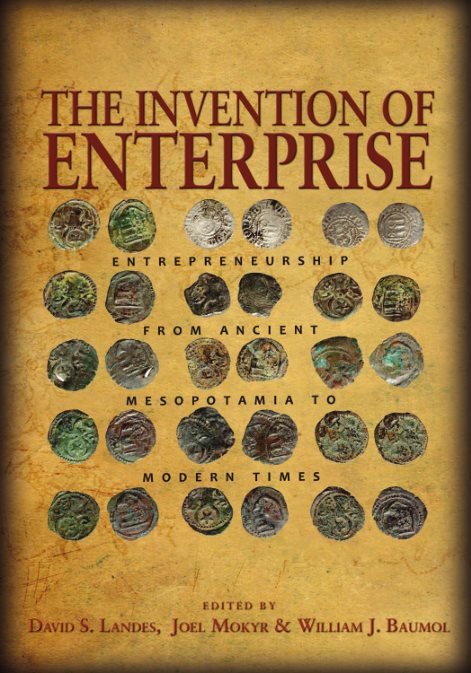 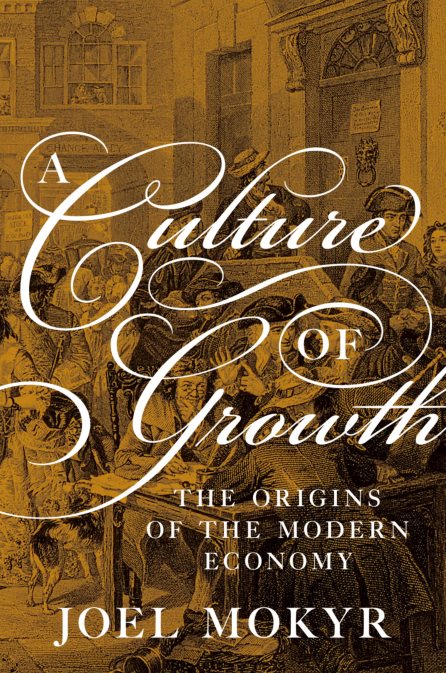