R.S. Sharma, one of the best-known historians of early India, provides a comprehensive yet accessible text on the ancient period of Indian history. Beginning with topics such as historiography and the importance of Ancient Indian history, he goes on to cover the geographical, econological and linguistic settings, before looking at specific cultures of neolithic, chalcolithic types, the Harappan civilization, the Vedic period, the rise of Jainism and Buddhism, Magadha and the beginning of territorial states, the age of the Mauryas, Satavahanas, Guptas, and Harshavardhana. While taking the reader on this journey through time, he highlights important phenomena such as the beginning of urbanization and monarchy in India, invasions, the Varna system, commerce and trade, developments in philosophy and cultural efflorescence. He ends this insightful volume with a comments on the transition from the Ancient to the Medieval.

This book also addresses a number of issues which have become current in discussion on Ancient Inida today, such as the Identity of the Aryan Culture, and Historical Construction. This is a volume meant for all those who want a masterly, lucid, yet eminently readable introduction to and overview on India’s early history by one of the master-scholars of Indian history — be it students, tourists, or the interested lay reader 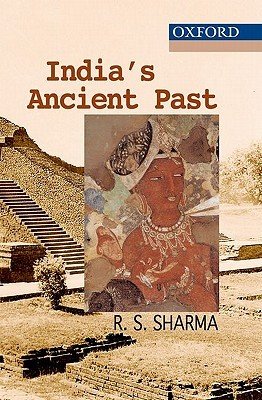