The History of Science in Bite-sized Chunks Kindle Edition

Since ancient times, we have tried to make sense of our universe by observing objects far beyond our abilities to see or touch – from the smallest atom to the farthest star.

This book covers, in chronological order, all the key discoveries and remarkable minds in each scientific field, including Aristotle’s geocentric model of the cosmos, Darwin’s theory of evolution, Newton’s theory of gravity and Einstein’s theory of relativity. Also included are fascinating anecdotes about the lives of influential scientists: learn how Ptolemy fixed his results to match his theories; Freud used cocaine to expand his mind; and Tim Berners-Lee, inventor of the World Wide Web, was banned from using university computers after being caught hacking.

Revealing how human curiosity knows no bounds, and how the field of science has evolved over the last 2,500 years, this book breaks everything down into easily digestible sections to give a broad overview of the fascinating history of science. 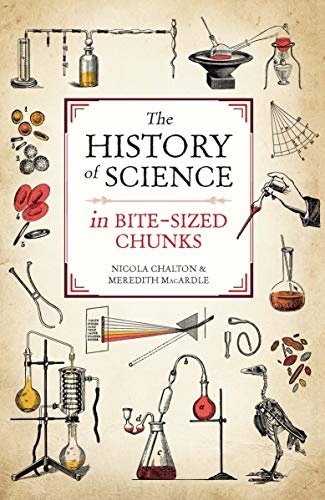 The History of Science in Bite-Sized Chunks.epub
2.65 MB