It’s an extraordinary tale, largely untold–until now. Researched in both Japanese and Korean archives, and authored by the world’s most acclaimed historian of the Samurai period, here is the most complete account yet written of Japan’s two invasions of Korea. It includes, among other treasures, never-before seen Japanese illustrations and battle reports. By the end of the 16th century, the Samurai had taken total control of their own domestic territory and looked abroad for new lands to conquer. The ultimate target was China, but Korea was to provide the jumping-off point to that victory. The incursion marked the first time the Samurai had attacked another country, and at first the Koreans drove them away. Retribution was inevitable, and the Japanese returned in 1597 to wreak havoc in a war of unbelievable savagery. With extracts from contemporary Japanese field diaries not seen for over 400 years, this is a volume no follower of Samurai lore can resist. 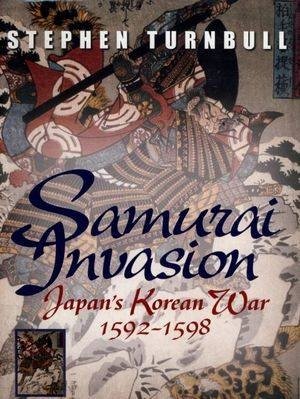