Quantum Strangeness: Wrestling with Bell’s Theorem and the Ultimate Nature of Reality (The MIT Press)

Quantum Strangeness: Wrestling with Bell’s Theorem and the Ultimate Nature of Reality (The MIT Press)

A physicist’s efforts to understand the enigma that is quantum mechanics.

Quantum mechanics is one of the glories of our age. The theory lies at the heart of modern society. Quantum mechanics is one of our most valuable forecasters—a “great predictor.” It has immeasurably altered our conception of the natural world. Its philosophical implications are earthshaking. But quantum mechanics steadfastly refuses to speak of many things; it deals in probabilities rather than giving explicit descriptions. It never explains. Einstein, one of its creators, considered the theory incomplete. Even now, many years after the creation of quantum mechanics, physicists continue to argue about it. Astrophysicist George Greenstein has been both fascinated and confused by quantum mechanics for his entire career. In this book, he describes, engagingly and accessibly, his efforts to understand the enigma that is quantum mechanics.

The fastest route to the insight into the ultimate nature of reality revealed by quantum mechanics, Greenstein writes, is through Bell’s Theorem, which concerns reality at the quantum level; and Bell’s 1964 discovery drives Greenstein’s quest. Greenstein recounts a scientific odyssey that begins with Einstein, continues with Bell, and culminates with today’s push to develop an industry of quantum machines. Along the way, he discusses spin, entanglement, experimental metaphysics, and quantum teleportation, often with easy-to-grasp analogies. We have known for decades that the world of the quantum was strange, but, Greenstein says, not until John Bell came along did we know just how strange. 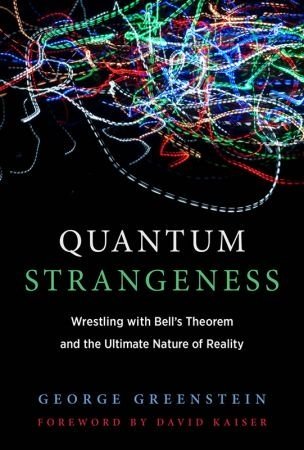