In this elegant and affectionate biography of one of the most controversial personalities of the nineteenth century, Barbara Belford breaks new ground in the evocation of Oscar Wilde’s personal life and in our understanding of the choices he made for his art. Published for the centenary of Wilde’s death, here is a fresh, full-scale examination of the author of The Importance of Being Earnest and The Picture of Dorian Gray, a figure not only full of himself but enjoying life to the fullest.Based on extensive study of original sources and animated throughout by historical detail, anecdote, and insight, the narrative traces Wilde’s progression from his childhood in an intellectual Irish household to his maturity as a London author to the years of his European exile. Here is Wilde the Oxford Aesthete becoming the talk of London, going off to tour America, lecturing on the craftsmanship of Cellini to the silver miners of Colorado, condemning the ugliness of cast-iron stoves to the ladies of Boston. Here is the domestic Wilde, building sandcastles with his sons, and the generous Wilde, underwriting the publication of poets, lending and spending with no thought of tomorrow. And here is the romantic Wilde, enthralled with Lord Alfred Douglas in an affair that thrived on laughter, smitten with Florence Balcombe, flirting with Violet Hunt, obsessed with Lillie Langtry, loving Constance, his wife.Vividly evoked are the theatres, clubs, restaurants, and haunts that Wilde made famous. More than previous accounts, Belford’s biography evaluates Wilde’s homosexuality as not just a private matter but one connected to the politics and culture of the 1890s. Wilde’s timeless observations, which make him the most quoted playwright after Shakespeare, are seamlessly woven into the life, revealing a man of remarkable intellect, energy, and warmth.Too often portrayed as a tragic figure–persecuted, imprisoned, sent into exile, and shunned–Wilde emerges from this intuitive portrait as fully human and fallible, a man who, realizing that his creative years were behind him, committed himself to a life of sexual freedom, which he insisted was the privilege of every artist.Even now, we have yet to catch up with the man who exhibited some of the more distinguishing characteristics of the twentieth century’s preoccupation with fame and zeal for self-advertisement. Wilde’s personality shaped an era, and his popularity as a wit and a dramatist has never ebbed. 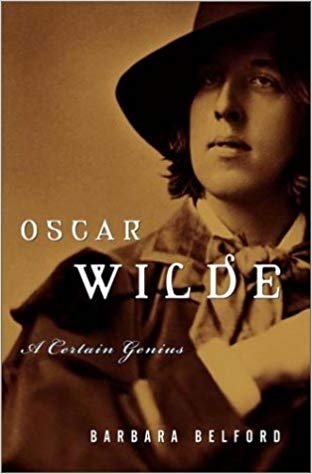